THANK YOU TO OUR ONE GREAT DAY SUPPORTERS!

The Harvey Centre is pleased to announce that they have raised £2,666.21 for charity with a day of fun-raising on Saturday 4th September 2021.

We joined forces with One Great Day to raise funds for Great Ormond Street Hospital and Haven House Children’s Hospice, two children’s charities that are close to the hearts of many families in Harlow.

Haven House Children’s Hospice ran a tombola with some fabulous prizes, many of which were generously donated by The Harvey Centre retailers.

Three talented artists helped to make the day a success with our customers having the chance to be transformed into a Caricature. Customers also marvelled at the amazing talents of Emma, our balloon modeler for the day.

Further entertainment was provided by Phoenix Live who welcomed some local musicians to their stage to offer them to chance to showcase their talent.

In addition to public donations, we also received donations from a number of their retailers who were keen to help support such a worthwhile cause. 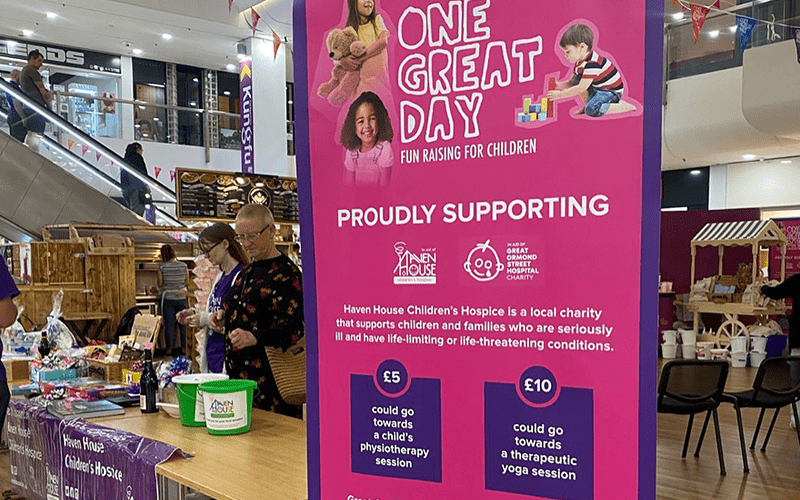