We’re delighted to announce The Harvey Centre’s success at this year’s Green Apple Environment Awards ceremony, held at the Houses of Parliament on Monday 25th November.

Our Centre Manager, Bryan Young and Operations Manager Gavin Middleton attended the event where we scooped a National silver award for environmental best practice under the property management category.

The award was made in recognition of the progress made in waste management at The Harvey Centre.

General waste production by The Harvey Centre has been reduced by just over 15% which equates to approximately 49 tonnes of waste.

The centre has also introduced initiatives such as coffee cup recycling as well as maintaining its long standing zero to landfill ethos.

A separate pallet recycling collection has resulted in a saving of £3,600 per year and a rebate of around £500 per annum. Furthermore, all tenants are provided with bespoke posters, clear user-friendly signage displayed in the service yard and a bespoke waste resource pack to assist them with waste segregation.

They have now extended into the Green World Awards – the biggest environmental awards campaign on Earth, with entries from Governments, Ministries and Regional Authorities as well as companies, organisations, communities, etc. across the entire private and public sectors.

The Harvey Centre’s success at this year’s awards ceremony is testament to their investment in a more sustainable approach to the operation of the centre going forward. 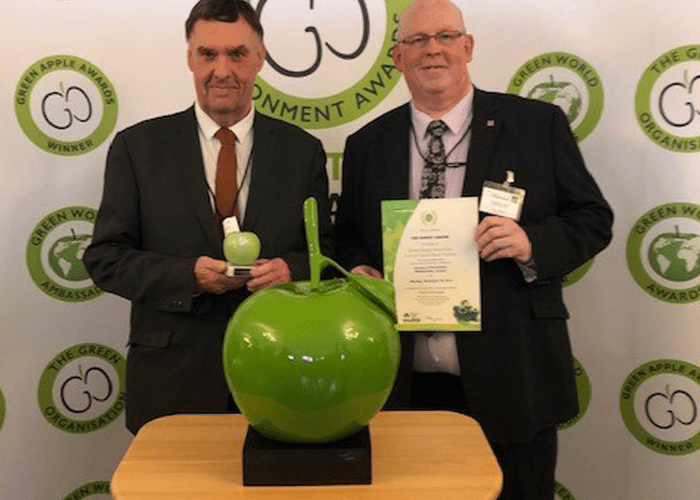